Was previously identified as a priority need 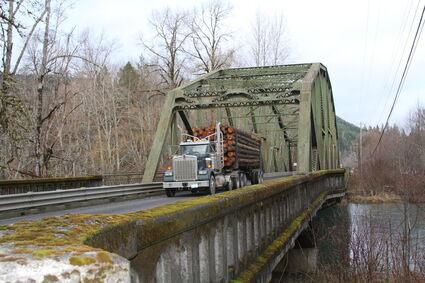 The U.S. Highway 101 bridge over the Skokomish River, built in 1932, might be renovated or replaced after the state received more than $605 million for bridges from the federal bipartisan infrastructure law in the next five years, with $121 million of it available this year.

In 1932, Franklin Roosevelt won the first of four elections for president of the United States. Amelia Earhart became the first woman to fly solo nonstop across the Atlantic Ocean. Zippo lighters, Skippy peanut butter and a gasoline tax all debuted. "Night & Day" sung by Fred Astaire and Leo Reisman and Bing Crosby's "Brother, Can You Spare a Dime?" were the two best-selling songs.

That's the same year the steel-and-concrete U.S. Highway 101 bridge over the Skokomish River was built.

Ninety years later, renovations or a complete replacement for the bridge might be on the way after the...