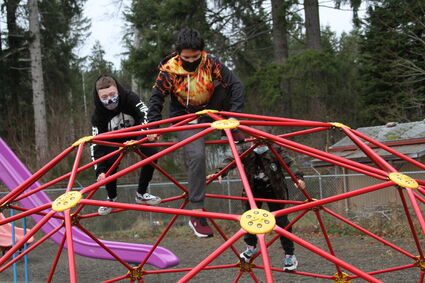 Residents in the Hood Canal School District as early as tomorrow could receive ballots for the district's replacement levy and a building bond that would create a new junior high school building, additional classrooms for early learning programs, a more accessible playground and a new transportation maintenance building.

If both pass, residents will pay $2.18 per $1,000, which is lower than the current rate of $2.47, due to an expiring bond and levy. The replacement levy needs a majority of 50% plus one vote to pass, while the building bond needs a supermajority to pass, 60% plus one vote.

The Hood Canal School District teaches 310 students in pre-kindergarten through the eighth grade. The school is on the Skokomish Tribe reservation, and almost half the students are Native Americans. According to the district, about 85% of the students live in poverty. The district has 30 certified staff members, and 30 classified staff employees.

The district would be underfunded by $1.4 million a year without continued levy money, Superintendent Nikki Grubbs said in an interview with the Shelton-Mason County Journal. Money collected from the levy pays for teachers' salaries, hiring additional staff beyond what the state pays for, and other operating costs such as music and arts, athletics, and extracurricular activities.

The building bond would collect $25.13 million over 20 years.

Annie Robbins, who has been on the Hood Canal School Board for 13 years, was a member of the facilities committee. The group members toured the building and grounds and identified 39 proposed projects "big and small" before whittling them down to four, she said.

Passage of the capital bond will create an addition to the current building to provide additional classroom space for early learning programs. The addition would be built in an indentation in the building, with two classrooms on the first floor, and two on the second floor, Grubbs said.

The school has a waiting list for parents who want their children in preschool, and more space will allow a transitional kindergarten for children ages 4 and 5, she said.

The bond would also pay for a junior high school building to accommodate project-based STEM classes to help prepare the students for high school.

"People are really in favor of the STEM programs," Grubbs said. The building would also accommodate equipment such as kayaks for the program Bringing Outdoor and Occupations Teaching to Students.

A new, more accessible playground would be equipped to accommodate the youngest students and students with special needs.

The capital bond would also pay for a new transportation maintenance building. The current building was constructed in 1960. Staff does all the mechanical work on the buses, Grubbs said.

Aaron Nix, the general manager of Lake Cushman Maintenance Co., was asked to join the district facilities committee because of his expertise in infrastructure.

The transportation maintenance building "is a very old structure," said the Union resident. "It needs to be replaced."

As for the overall bond package, "I think they've prioritized well, what is important to the district, and for the employees," Nix said. He added, "I think the taxpayers are getting the most bang for the buck."

Hood Canal School has managed to avoid COVID outbreaks, and no classrooms have been closed. The students have been diligent about wearing face masks and distancing, Robbins said. 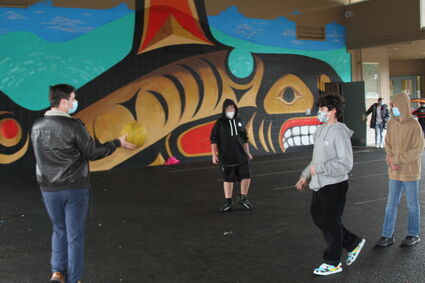 Hood Canal School Principal Vernon Bruni said safety measures include creating three entrances, one for students in kindergarten through the second grade, another for grades three through five, and a third for students in grades six through eight.

Half of students take recess while the other half eats. In the cafeteria, a maximum of four students are allowed to sit at one large table, the spaces marked with blue tape.

"I think we're doing better than most," he said.