'Cobra Kai' succeeds in its fourth season in spite of itself

Series is all about its own fictional history 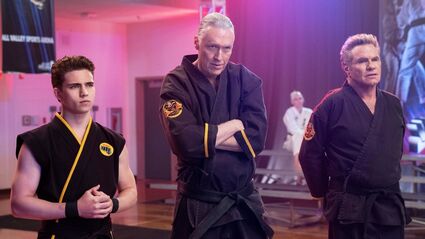 I've spoken before about what a gravity-defying franchise "The Karate Kid" films already were, even before they became the foundation for the ongoing "Cobra Kai" Netflix series, and that's never been more true than now, in the wake of the show's fourth season.

"Cobra Kai" continues to thread the needle between empathetically reflecting the minefields of modern adolescence and sharing the Marvel Cinematic Universe's ability to whistle past what would happen if certain events occurred in the real world.

It's a world where cyberbullying exists, and well-intentioned but inattentive parents can...