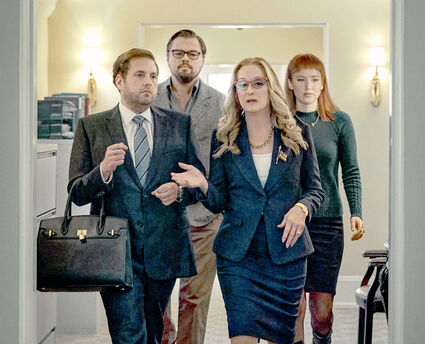 Jonah Hill, Leonardo DiCaprio, Meryl Streep and Jennifer Lawrence spar over how, and even whether, to avert the end of the world in "Don't Look Up" on Netflix.

I've seen a few folks review writer-director-producer Adam McKay's "Don't Look Up" under the assumption it was intended as a response to COVID-19, even though enough of its pre-production was finished COVID and its principal photography was originally slated to start in April 2020.

More than a dozen years ago, I was rewatching an episode of "Star Trek: The Next Generation" with one of my housemates at the time, in which Picard was captured and tortured by alien interrogators (Trek fans will recognize this as "Chain of Command, Part II").

My friend dismissed the episode as a well-made but he...