The "Eternals" are outshined by the guest stars in their own film. 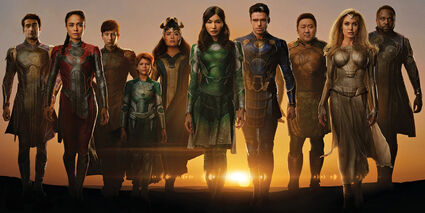 In one important sense, filmmaker Chloé Zhao's cinematic adaptation of comics creator Jack Kirby's "Eternals" is incredibly faithful, in that both tried to establish a semi-independent universe-in-microcosm within a broader Marvel universe, and neither one quite managed to stick that particular landing.

While "Eternals" has been review-bombed online, it matters why it doesn't work, which is far different from the reasons motivating a number of internet trolls with grudges.

Zhao is to be commended for making Kirby's collection of otherworldly immortals more gender-balanced, and even more et...