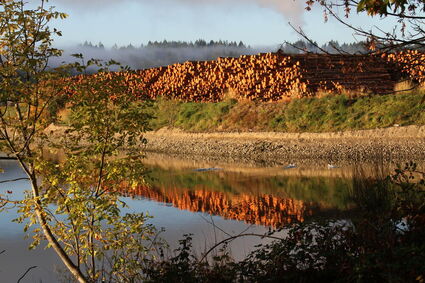 The South Puget Sound Salmon Enhancement Group, in partnership with the Squaxin Island Tribe, will use a $120,245 state grant to improve the salmon habitat in West Oakland Bay in Shelton, including stabilizing four acres at the mouth of Shelton Creek.

Fish in Oakland Bay, the Skokomish River, Kennedy Creek and Hood Canal will benefit from more than $1 million in state grants.

The Washington State Salmon Recovery Funding Board last week announced the award of $21 million in grants across the state to aid in salmon recovery.

The grants, awarded annually, went to 105 projects in 29 of the state's 39 counties. The grants will pay for work to restore salmon habitat, including repairing degraded habitat in rivers, removing barriers blocking salmon from reaching the ocean, and preserving pristine habitat.

"Salmon are important to every Washingt...