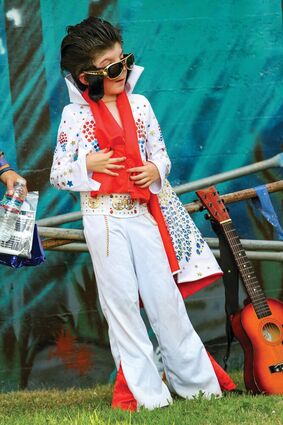 With the results of Tuesday’s primary election, George W. Blush and Miguel Gutierrez will compete for a Shelton City Council seat in the Nov. 3 general election, and Stephanie Schlitz and Robert B. Clark will face off for a spot on the Pioneer School Board.

Those were the only two contests on the ballot, with only 19.12% of the registered voters casting ballots, according to the Mason County Auditor’s Office’s initial ballot count released at 8 p.m. Tuesday. The election results will be certified on Aug. 17.

Blush, Gutierrez and Trenton Powers faced off her a four-year term on the council as member No. 7. Incumbent Megan Fiess, who was selected by the council to complete Bob Roger’s unfinished term, is not seeking a new term. In the initial ballot count, Blush received 378 votes for 39.75%, Gutierrez 344 votes for 36.17% and Powers 219 votes for 23.03%.

None of the three candidates responded to the Shelton-Mason County Journal’s request for comment.

Blush owns Nita’s Koffee Shop in downtown Shelton. He is the executive director of the nonprofit 5XL Shelton pet food bank and is chairman of the Mason County Housing Authority. Blush ran unsuccessfully foe a council seat four years ago.

Gutierrez taught special election, and wrote grant proposals for the Conservation Corps. He also trained volunteers for BAYAC AmeriCorps and developed a youth camping program for the Golden Gate National Parks Conservancy. This is the first time he has sought public office.

Schlitz, Clark and Shawn Montano faced off for a four-year term for director position 3 on the Pioneer School Board. Clark is the incumbent, filling a seat that was vacated in February, when the school board appointed him.

In an email to the Journal, Schlitz wrote, “Thanks to everyone who voted in the primary and, in doing so, showed support for our kids and our schools.”

In an email, Montano wrote that the results are “disappointing, but not the number of votes I received, but the voter turnout. Good luck to the remaining candidates.”

Clark did not immediately respond to a request for comments.

An educator for more than 20 years, Schlitz has taught pre-service teachers; partnered with school districts to prepare future teachers; and worked with local schools to prepare middle and high school students for college. Clark is a retired veteran whop worked for the U.S. Navy nuclear program.

None of the three candidates responded to the Journal’s request for comment.