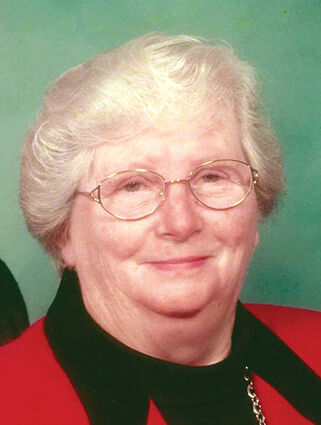 Shirley Blackstad left this world and went home to Jesus, her Lord and Savior, September 26, 2022.

Born to Luverne and Grace (Morfitt) McNeil in an old farmhouse near Harris, Iowa, October 5, 1932, she attended one-room schoolhouses both in Iowa and Minnesota until grade 8. After graduating from Windom High School in 1950, she worked at the Windom State Bank.

Shirley married her best friend's brother, James Blackstad, July 25, 1952, and they made their first home in Texas where James was stationed with the U.S. Air Force. They had a dairy farm in Bemidji, Minnesota, then James went to work for the U.S. Forest Service first in Minnesota and then Washington moving from Hoodsport to Quilcene to Shelton.

Shirley was a homemaker and loved to sew, but her true love was working with children. She dedicated many years to working with Sparks in the AWANA program and the baby nursery, both at the First Baptist Church as well as with Child Evangelism Fellowship. She loved people and her motto was, "A hundred years from now it will not matter what my bank account was, the sort of house I lived in, or the kind of car I drove, but the world may be different because I was important in the life of a CHILD."