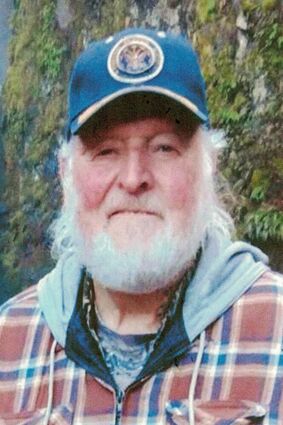 Our beloved, Ben Jenkins, passed away peacefully on December 19, 2022, at Centralia Providence Hospital. He was 80 years old.

Ben was born in Springfield, Ohio on March 27, 1942, to Eleanor Jean Smith and Benjamin C. Jenkins. He was the oldest of the four children born to them. He enlisted in the U.S. Navy in 1960 and served as a ship fitter on the USS Klondike. After contemplating two years of service, he joined the Naval Reserves and served four more years.

Ben enjoyed fishing and hunting. While being in the woods, he would often enjoy talking with his heavenly father. He and his wife Marilyn really enjoyed taking day trips together throughout the northwest. When family gathered together, he enjoyed playing table games and especially enjoyed beating Marilyn at rummy. Throughout the years, he collected knives, guns and belt buckles. He was passionately patriotic and loved his country very much. Ben was very tenderhearted and would often be brought to tears with emotion concerning things he cared about. Most important in his life was his faith in Jesus and serving Him.

Ben will be greatly missed by his loving family and always remembered in their hearts.

We are sincerely grateful to the many friends who have given us support and comfort during this time of loss!