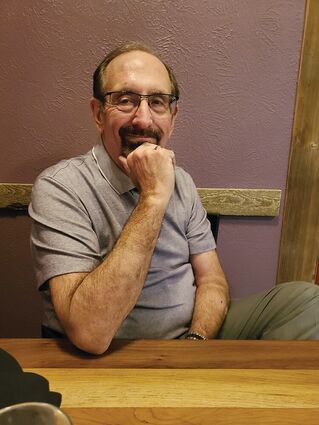 On Sunday, November 20, 2022, Martin Ernest Best, loving husband, father, and Grandfather passed away at the age of sixty-seven. He was born on November 23, 1954 to Lorn and Betty Best. Martin loved education; he received his Bachelor of Science degree from University of Maryland while in the Air Force. He served in the Air Force for thirteen years. Upon his departure from the service, he brought his family to Shelton, Washington in 1988. Martin then went on to earn his Master's in Public Administration from Evergreen State College. He also received his Doctorate in Political Science.

Martin was an avid amateur historian and could respond to any question with thoughtful, knowledgeable answers. He worked as Mason County Emergency Director for seven years and spent the last few years working for Grays Harbor Transit. Martin co-owned Best Daycare and Best Memories Learning Center with his wife Sandra. He brought a positive role model to the children, with fun interactions. Everyday you could see him giving fist bumps or Papa Spiders to the gleeful laughs.

Martin was married to Sandra in 1973. He is survived by Sandra, and his children, Katie and Daniel, grandchildren Ethan, Ayla, Lorn, Ember and Briar. Martin loved being a Papa He always said it was the best thing that ever happened to him.

Marty was also an avid car guy. He fell in love with his Shelby Mustang 500. He and his wife belong to Mustang West Club. They attended many activities with the club and had many friends. He attended, and served his church, Gateway Christian Center in Lacey, with his guitar and beautiful singing voice. He also performed several wedding ceremonies throughout the years as an ordained minister.

Another highlight to his life was being on the school board. Martin had longed to serve his community and support the education of the children in their daycare. He strived to make a difference in our community, and succeeded in many ways.

Martin's life celebration service was held on December 3, 2022. The honor guard presented the United States flag to his wife. The mustang club provided a memorial parade. He will be placed in Tahoma Military Cemetery.

Martin's bright light in the dark will be greatly missed.