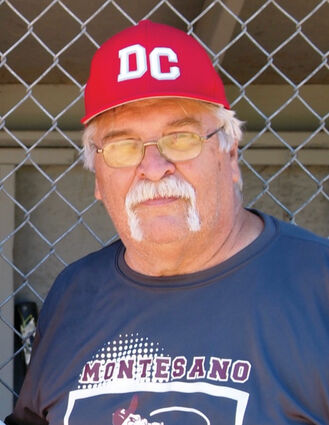 James "Jimmy Jett" Johansen, on October 13, 2022, passed away at The Sequoia Assisted Living Community in Olympia, WA. He was 75.

Jim is survived by his son Travis Johansen, his daughter-in-law Jamie Johansen, and his grandson Tyler Johansen all of Montesano. He is also survived by his older brother and sister-in-law Bill and Carol Johansen of Belfair as well as countless nieces, nephews, great nieces, and great nephews. In addition to his family, Jim is survived by the countless people whose lives were touched with his humor, friendship, and love. Jim is preceded in death by his parents Floyd and Hazel Johansen as well as his older sister Jackie Thompson. Jim was born on August 4, 1947 in Aberdeen.

He grew up in Montesano. He loved playing football, basketball, and baseball but, most of all, he loved being a Montesano Bulldog. In 1963, Jim was a member of the Washington State Babe Ruth Championship Team that went on to take second place at the Northwest Regional Championship in Kellogg, Idaho. In 1964, Jim sank a jump shot with only two seconds left in the game to give the Bulldogs an upset win over the Elma Eagles highly ranked basketball team. After graduating from Montesano High School in 1965, Jim served in the United States Navy from 1968-1972. While in the Navy, he was stationed in Australia for two years.

In August of 1969, Jim married Jody Moore from Elma. In 1972, they welcomed their son Travis. Together, they moved to Shelton in 1973. In 1980, Jim and Jody were divorced. Jim continued to live the rest of his life in the "red house" on the hill overlooking the town of Shelton. At Christmas time, Jim loved to decorate his house for the community to enjoy. Upon moving to Shelton, Jim began working at the United States Postal Service. During his 38 years of service, Jim worked the front counter where he enjoyed heckling countless customers who were fortunate to cross his path. After retiring from the Postal Service, Jim worked another two years at the Mason County Courthouse.

While his son Travis was growing up, Jim loved to attend all of his football and basketball games as a Hoquiam Grizzley. Travis cannot remember a game his dad ever missed. Jim made a point of always being there to cheer on his son. In his free time, Jim loved to play slow-pitch baseball, play golf, hunt and fish, attend sporting events, and coach Little League Baseball. He also enjoyed attending and entering his 1999 red Chevrolet Corvette in Classic Car Shows. However, there was not anything Jim loved more than being a grandpa to his grandson Tyler. It meant the world to him that Tyler followed in his footsteps as a Montesano Bulldog. He loved cheering on Tyler playing football, basketball, and baseball in the Montesano community as well as the Montesano Jr. High School and the Montesano High School. Those closest to Jim knew him as friendly, loving, supportive, humorous, and ornery. He was always happy to see you and he most likely made you feel that way. He brought happiness to many, laughter to most, and love to all who were fortunate to call him their family or friend.