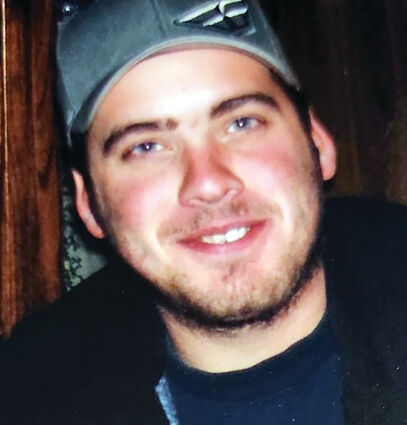 On Sunday, October 30, 2022, Clayton Lamarr Kimball, adoring husband, son, brother, uncle and friend to all, passed away at the age of 39 due to heart complications.

Clayton's friends and family remember him as a loyal, kind soul who charmed and inspired all with his sense of humor, champion hugs and unshakable conviction. Clayton had the ability to make everyone feel loved and accepted. His motivation and determination was contagious, his encouragement made you feel invincible.

Clayton was born in the Methow Valley and grew up in Winthrop, where he was frequently seen riding bicycles across town and playing basketball with his friends. His friends remember his sense of humor and childlike excitement. Clayton spent his summers in Shelton with his mother's family, staying on the Red Ox Ranch where Clayton tinkered on Motorcycles, and rode freely with his sister and cousins for hours.

Clayton spent time with his father, Eric in his auto shop, which sparked his interest in learning how things worked. As a young adult, Clayton pursued his passion of mechanics and motorcycles at Motorcycle Mechanics Institute in Arizona where he excelled; his skill with Harley Davidson Motorcycles became sought after by enthusiasts across the country. Clayton had an undeniable drive to tackle any project and learn new skills. After he mastered Harley Davidson, he expanded his knowledge to heavy equipment, obtained his CDL license and grew his leadership skills.

Clayton and his wife Allison purchased a home in Tacoma where they worked together at home improvement. Clayton used these newly acquired skills as a home owner to pursue his interest in investment real estate and began taking classes to obtain his real estate license. He never stopped!

At home, Clayton was typically found in their back yard, playing fetch with Hank, his beloved Labrador. He was an avid music lover, who was building his record collection and enjoyed listening to live music. Clayton, accompanied by his Winthrop bicycle riding friends, enjoyed traveling together in their campers to experience live outdoor music and becoming connoisseurs of Coors Light.

He was a man of integrity, honor and ambition, who was always spotted with his signature Native sunglasses to protect his precious baby blues

Clayton is survived by his wife, Allison Kimball, his father, Eric Kimball, his sister, Brenda Kimball and brother, Thomas Foulds and countless friends and communities of people, who he loved.