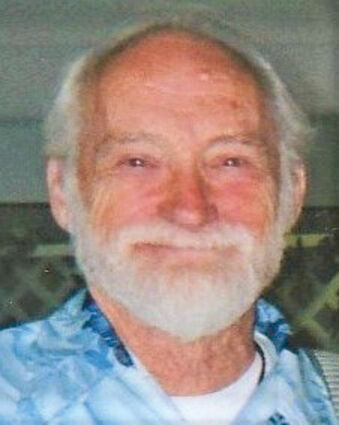 Larry Seaward died peacefully in his sleep on Oct. 5, 2022, at home in Belfair, WA at the age of 92. His aging heart and body belied his youthful zest for life. A man with a passion for life, he pursued a life extraordinary, embracing and thriving on challenges.

Born in Kamas, Utah, Larry was the first child of Lewis Seaward and Mabel Carnall. He was raised in Missoula, MT and Spokane, WA. On graduating from Lewis and Clark HS in Spokane in 1949, he served as a Marine in Korea, and was a Purple Heart recipient.

After the war, he met Marie Harwood, while attending the Open Bible Institute in Eugene, Oregon. They married in 1953, and had 47 years together, following their calling to a life of sharing their Christian faith. This would take him and their family to a wide variety of locations: as a pastor in Puerto Rico, the Yurok Indian Reservation in NW California and a small logging town in Oregon, as well as residing in Edmonds, WA and Florida. He earned his BA in Religion at Trinity College of Florida in Dunedin, FL. In the mid 1960s, they joined Wycliffe Bible Translators, training in linguistics at UW in Seattle and UO in Norman, OK.

In 1970, at age 40, he and Marie started their big adventure, moving to Nepal with their two younger children. They lived primarily in Kathmandu, with treks in the Himalayan foothills to their village home in Barpak, Gorkha District, while doing Bible translation work on the Ghale language. Days were filled not only with the mental challenge and detail of their work, rewarding vistas, but also of friendships with those from all points of the globe....and a houseful of Ghale boys for a time. No empty nest.

After 25 years overseas, Larry and Marie returned to the Puget Sound area in the late 1990s, creating a home in Mason County with their daughter Susanna and family, where Larry built his cottage home. After Marie's passing in 2000, he immersed himself in new pursuits: woodworking projects including cabinetry, building his own kayak, taking kayak trips with his church on the Hood Canal; spending time with his extensive family and grandchildren, and reconnecting with cousins across the Pacific NW. He had a lifelong love of photography, nature, gardening, orchids, family history, singing in the church choir and using his extensive handyman skills.

We treasure so much of this man, our dad: his love of people, his amazing smile that also gleamed in his eyes, great chuckle, quiet fortitude and courage, his ability to quickly grasp complexities with ease; always quick to share his knowledge and ability with others.

He was preceded in death by his wife Marie and his parents, and is survived by his children Marcia Hihath (Del) of Poulsbo, Stephen Seaward of Rochester and Susanna Coffin (Charles) of Belfair; 15 grandchildren, 17 great-grandchildren. He is also survived by his sister Laurel Frankenfield, 91, of Missoula, MT.

A brief Memorial ceremony will be held at 11:00 a.m. on Sunday, November 6th, 2022 at Twin Firs Cemetery, 700 NE Sand Hill Rd., Belfair, WA. Memorial donations may be made to Arbor Day Foundation, Wounded Warriors, or Bolivian Youth Ministries; some of his favorites.