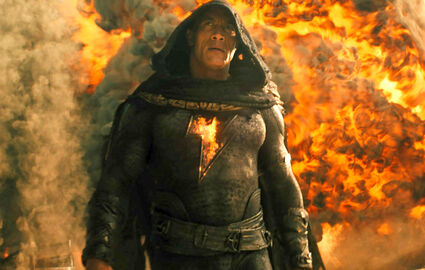 Dwayne Johnson is a living weapon of mass destruction in "Black Adam."

"Black Adam" is a dark and explicitly political film with unlikely origins, since the ancient Teth-Adam began as an antagonist to magically empowered child hero Billy Batson in the relatively sunny and inoffensive "Shazam" mythos but evolved over time from a villain into the would-be liberator of the fictional Middle Eastern country of Kahndaq.

Dwayne Johnson portrays Teth-Adam as a slave under Kahndaq's original tyrant king, during the dawn of civilization millennia ago, whose wizard-derived powers enabled him to overthrow his people's oppressors, but also effectively entombed him until he...