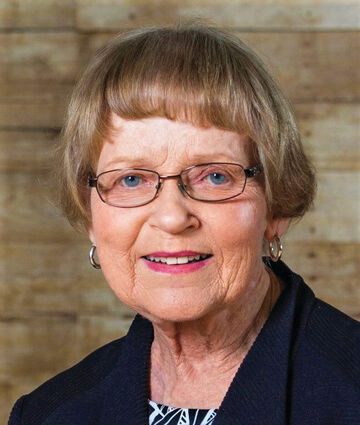 Cheryl K. Macy, 79, of Moses Lake, WA, passed away surrounded by family in the days preceding her passing, went to be with the Lord on October 11, 2022.

Cheryl was born to Florabelle Dorothy Smith in Ottumwa, Iowa on June 26, 1943. She lived in several towns in the Midwest before moving with her family to Bremerton, Washington in 1951.

Her mother married Edward Smith in 1962, blending their family of eight children, with Cheryl being the oldest. They bought a home in Ballard, where Cheryl graduated high school. In 1964, Cheryl married Marvin Falkenstein. While they were together, they were blessed with two children-Glenn & Lisa.

Years later, Cheryl began working at a dental clinic in Lake Stevens, WA. As the receptionist, she met Alfred Macy, who bluntly told her what day and time his sons (Ray, Anders, and Charlie) would be coming to the dentist, regardless of the office's schedule - a very bad first encounter! However, in spite of this, they began dating and were married on June 22, 1973, at her parents' home in Arlington, WA. Al and Cheryl worked hard to blend their families into one through the following years. Together, they had to make difficult decisions, which turned out to be the best decision for the family.

In the late 1970's, Cheryl experienced God's wonderful grace and forgiveness. Her decision to follow Jesus changed her heart and eternal destiny, saved her marriage, and inspired many to follow Jesus. Cheryl's passion for serving God by learning and following Biblical truths allowed her to have peace in difficult times. She loved her church families through the years and they, in turn, adored her! She delighted in time spent with Al camping, fishing, and traveling alone and with friends and family. Cheryl was a great pianist, using her talent to teach so many others through the years (including at their small business, the Shelton Music Center). Later in life, she could be found playing for worship at her church. Her unconditional love and mighty prayers for her family have been a treasure.

Please express your thoughts and memories for the family at http://www.kayserschapel.com. Arrangements are under the care of Kayser's Chapel of Memories.