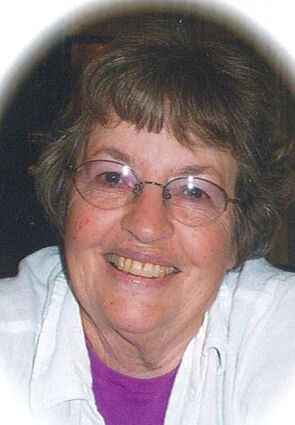 Norma Mae Hoem, 93, of Union, WA passed peacefully in her sleep on September 18, 2022, after a three year battle with cancer. At the time she was surrounded by her loved ones.

She was born to Arthur Richards and Elsie Grace Sprague in Bremerton, WA on January 10, 1929. She graduated from Bremerton High School in 1947 and married her high school sweetheart Clifford A. Hoem on April 24, 1953.

Norma worked as a machinist in Puget Sound Naval Shipyard early in their marriage and later retired from the Central Kitsap school district as a cook/manager after 27 years of service. After retirement she joined a writing group and officially became a published author having published two books. She also enjoyed writing poems.

Her great loves were God, family and life. Every Sunday that she was able she would attend her church in Union. Later when she was unable to attend, she would go to church on line.

She and her husband Cliff enjoyed camping, boating, crabbing and clamming, mushrooming, gardening and anything outdoors. They loved to go dancing or to play cards with family or friends. They loved to spoil their dog, Oscar. She was known as the local chicken shepherd and could often be seen herding them with her cane.

Norma's main passion was her family. She loved to entertain on holidays and at family reunions at their small farm near Silverdale. At age 92 or 93 she surprised her family one day by announcing that she wanted to come back to this life as a drummer. So, for Christmas that year she was given a full set of drums which thrilled her. She promptly started to study YouTube videos on how to play.

She was preceded in death by a young son, Joey, her parents, a sister Elizabeth and her husband Clifford. She is survived by her three sons: Charles A. Kegley (Diane), William A. Kegley (Gena) and Clifford A. Hoem (Sharon), her sister Barbara Crenshaw, eight grandchildren and 10 great-grandchildren.

A private graveside service will be held in October at Forest Lawn Cemetery in Bremerton.

In lieu of flowers or cards, her request was that donations be made to the American Cancer Socie-ty, the New Community Church at Union or Mason County Hospice.