Ana de Armas is the best part of 'Blonde' 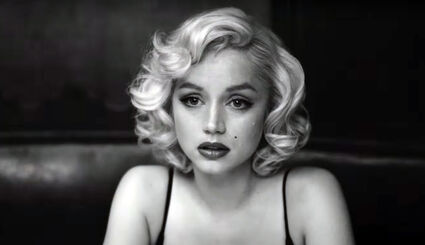 Bewitching ladies in blasts from the past dominated this past week's streaming releases, targeted toward different ages of audiences, and to wildly varying degrees of success.

Christopher Lee said actors occasionally can't avoid appearing in bad films, "but the trick is to never be bad in them."

Ana de Armas has made a career out of abiding by that advice, with breakout roles in quality films, including 2017's "Blade Runner 2049" and 2019's "Knives Out."

When I saw that Netflix's "Blonde" was based on the 1999 novel by Joyce Carol Oates, my spider-sense s...