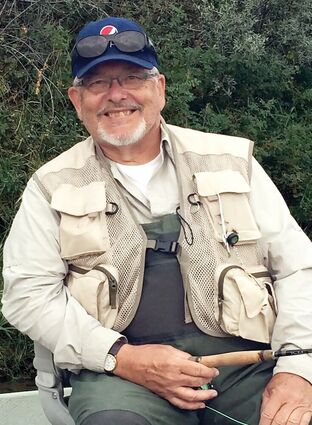 Richard "Dick" Bailey died on September 15, 2022 at Billings, MT surrounded by his wife, Lynne and his best four legged friends, Brooke and Marde. He was 77 years old and died after a ten year battle with cancer.

Bailey was a native of Naches, Washington. His family owned fruit and walnut orchards and generations of Baileys grew up learning how to work on the ranch. Dick was very proud of his Naches roots. He graduated valedictorian from Naches High School in 1963 and went on to earn a degree in Business Administration from Washington State University in 1967. He was awarded the Alpha Kappa Psi award for the top academic achievement in his graduating class. Bailey joined the Army Reserve during the Vietnam conflict and was a member of the Army Security Agency (ASA) from 1969 to 1975. Dick earned an MBA in finance from the University of Washington in 1971, and passed the CPA exam that same year. He was employed by Haskins & Sells (now Deloitte) as a financial consultant for several years before joining the Olympia Brewing Company, where he worked as the Corporate Controller.

Bailey and his family moved back to Eastern Washington in 1984, and shortly thereafter Bailey began a twenty-five year stint of employment with Tree Top, Inc., where he served as Executive Vice-President and Chief Financial Officer until 2010. During this time Bailey enjoyed a number of community service opportunities, including serving as the President of the American Red Cross and Yakima Symphony Orchestra. Dick was also an enthusiastic supporter of the Washington Apple Education Foundation, serving as a board member and treasurer for several years.

Dick was a man who had a great love of learning and family. That love led him to many wonderful hobbies, including growing daffodils, gardening, fishing, music and cooking. He was an enthusiastic conversationalist and loved to learn from those around him through the medium of debate.

Bailey also loved Christ. He was a member of the Shelton, Washington and Billings, Montana Presbyterian Church, and served as an elder at each. He loved to sing in the choir, and music was in his DNA.

Bailey was blessed with the opportunity to marry and have the companionship of two wonderful women. Dick married his high school sweetheart, Diana Bailey (Garlock), in 1966. Together they had two children, Ann and Roger, and were married for thirty-four years. In 2009, Dick married Lynne Bailey (Lamb) and the two of them had many wonderful years of companionship living in Hoodsport, Washington and Billings, Montana.

Dick's friends and family are fortunate that he left so much of himself here so that we can continue to enjoy his love, friendship and guidance until we are all reunited.

Funeral services will be held in Billings, Montana and Yakima, Washington at a date to be deter-mined.