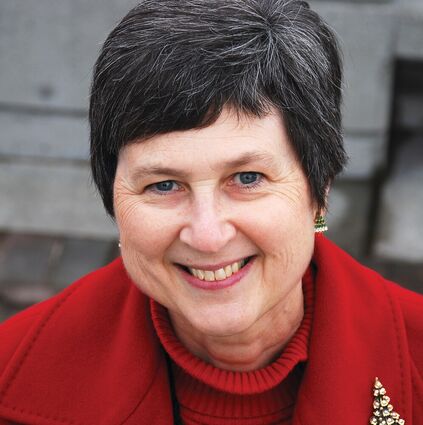 Mary "Mary Beth" was born on April 15, 1948, in Olympia, WA, to James E. and Patricia Connolly. Early detection and lung cancer research enabled her, a non-smoker, to live well with lung cancer for 18 years. She died of complications from lung cancer on September 8, 2022.

She grew up in Shelton, WA, and graduated from Shelton High School in 1966. When not studying, she filled her time with extracurricular activities; everything from Latin Club and school plays to cheer team. Childhood summers at Stetson's on Hood Canal were idyllic. Mary went on to Seattle University where she obtained a bachelor's degree in nursing. While there, she was thrilled to be tapped for Spurs, a national women's service honorary, where she met wonderful young women and made life-long friends (Once a Spur, always a Spur!). Most importantly, it was there that she met her wonderful husband, Charles Davis.

Wedgwood, in northeast Seattle, was home for over 45 years. She was very active in her daughters' lives and made wonderful friends through Our Lady of the Lake School and Parish. Soccer parent, room mother, Girl Scout Leader, and Altar Society member were some of the many hats she wore.

Mary's nursing career included 28 years in various roles at Group Health Cooperative (Northgate Clinic and RN Recruiting) and 10 years at Seattle Children's recruiting RN's. After retirement, she took on the best job ever, grandmother! With more time on her hands, she attended quite a few protest marches and was finally able to build a vacation home, 'Ohana', on her beloved Hood Canal.

Memorial donations may be made to Fred Hutchinson Cancer Center, CaringBridge.org, or any charity of your choice.