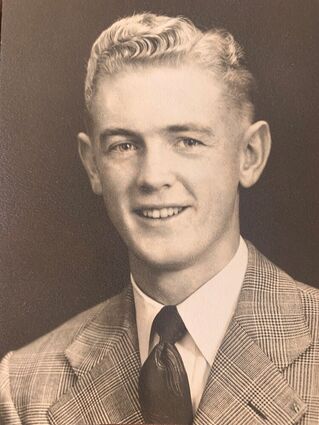 Lloyd Allan Brumbaugh of Lynden, WA passed away on September 5, 2022, at the age of 93. He was born on November 15, 1928, in Shelton to Royal and Florence Brumbaugh. He had one sister, Eleanor Lindsay.

His Grandparents were original homesteaders on Cole Road in Shelton, WA and his father worked for Simpson Lumber Mill. He graduated from Irene S. Reed High School in Shelton in 1947. He continued his education receiving an agronomy degree at WSU.

He served in the Korean War conflict and received a Bronze Star for his service.

He was married to Rhoda Gerde for 59 years before her passing in 2014. He is survived by his three children David, Mark and Janet.

Funeral arrangements are with Gillies Funeral Home in Lynden, WA.