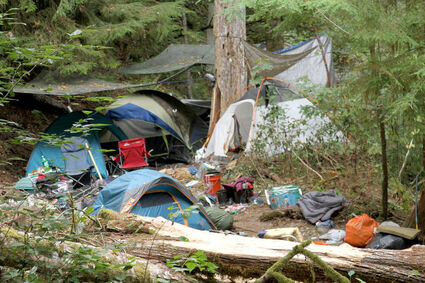 Shelton City Manager Jeff Niten said some residents are misinformed about the city's new rules on homeless encampments as well as believing the problems caused by some downtown street people are not being addressed.

"There is a concern the city is doing nothing," Niten said at the Shelton City Council's meeting on Sept. 6.

On the contrary, the city manager said, the changes passed by the council on Aug. 2 are amendments to a 1995 ordinance that "strengthens the criteria" for allowing a homeless encampment of up to 30 people. The camps are not allowed on a resident's private property, as som...