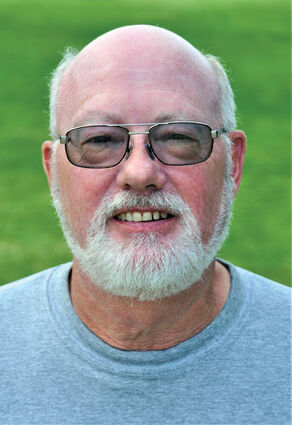 Richard B. Norris, 77, passed away peacefully at home surrounded by loved ones August 31, 2022, from complications of strokes and pneumonia. He was born August 19, 1945, in Denver, Colorado, the second son of Max and Donna Norris. He grew up with an older brother and two younger sisters in South Haven, Michigan. He graduated from high school in Fort Collins, CO in 1963.

Richard married the love of his life, Pat Engle, in 1965 in Hysham, Montana. He attended Eastern Montana College (now MSUB) and Montana State University Bozeman. After leaving college they moved to the state of Washington and settled in Shelton, WA where he has lived since 1969. Richard worked in the survey department at Simpson Timber Company for 21 years becoming a licensed land surveyor in 1980 before opening his own business, Forest Land Surveys, and retiring in 2002. He was a member of Land Surveyors Association of Washington (LSAW). Throughout his career, Richard earned a reputation for his hard work and expertise.

Richard was passionate about sailing. The family spent years of enjoyable cruising and racing in Washington and Canadian waters. He was a longtime member of the Windseekers Sailing Club, a Life Member of Shelton Yacht Club (SYC), and raced his sailboat, Spindrift, with South Sound Sailing Society. Richard is a Past Commodore of Windseekers and Shelton Yacht Club. His love of the water was evident in his many years as a Cub Scout, Boy Scout, and Sea Scout leader.

The state of Montana held a special place in Richard's heart. Wanting to spend more time there, he purchased property and enjoyed vacation time in the Bull Mountains, north of Billings, over the past 18 years.

Richard's family would especially like to thank Janissa Coleman, his caregiver, and Mason General Hospital for the excellent care he received during his final illness.

Arrangements made by McComb & Wagner Family Funeral Home. Please join us to celebrate his life October 15, 2022, at 2:00 p.m. at Shelton United Methodist Church, 1900 King Street in Shelton, WA 98484, followed by a reception in the Fellowship Hall.

In lieu of flowers please make donations to: