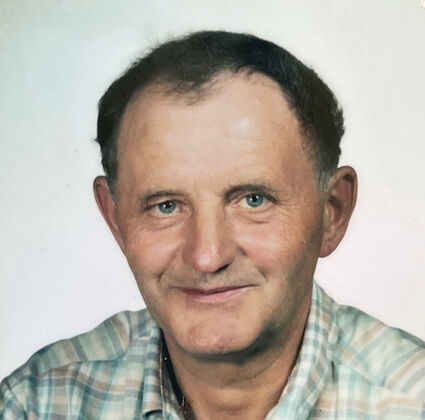 Leonard Hohmann passed away at his home in Allyn, Washington on July 25, 2022. Leo was born on February 19, 1936 to Hermann Hohmann and Anna Baumbach in Spahl (Thuringia), Germany. He was born in his parent's multigenerational house, in a town that Leo was proud to show had records of his relatives reaching back to the 1400's. He was the eldest of five boys; the others in order of birth were Arthur, Rudolph, Franz, and Albert.

Following WWII, Spahl fell on the eastern side of the Iron Curtain, so after attending Catholic school in Bavaria starting at the age of nine, he had to routinely sneak back across the border to visit his family. Leo attended mining school near Bochum, Germany and this is where he met the love of his life, Hildegard Jürgens. Leo worked in the mines near Essen and realized he needed to see the world. He travelled and worked as a miner in Haiti and northeastern Canada. During this time he would travel home to his soon-to-be bride and in 1960, Leo and Hildegard welcomed their first boy, Dirk, into this world. Leo and Hildegard travelled on their honeymoon to Spain and northern Africa before Leo again set out to find work and his young family's place in the world.

After again working in Laborador, Canada, Leo worked his way into the United States, and soon Hildegard and Dirk met him in Grants, New Mexico. They would then move to Butte, MT, settling down for a few years, meet many life-long friends, and give birth to their second son, Lenny. On September 16, 1967, Leonard became an American Citizen.

During one extended mine strike in Butte, Leo found work at the Naval Shipyard in Bremerton, Washington. He was a pipe fitter and worked his way up to foreman of Shop 56. He moved the family to Mason County in 1969. He learned the masonry trade and soon began building his pride and joy, their home in Allyn, WA. Their third child, Heidi, was born in 1971, shortly after moving into their new home in Lakeland Village. Eventually, Leo left the Shipyard and became a full-time mason. He and Hildegard even opened a fireplace and gift shop.

Leonard and Hildegard raised their three children, put them through school, travelled domestically and throughout Europe, and entertained their huge contingent of friends, both foreign and local. They were very proud of their German heritage, raising their children to be fluent in the language and culture of their home country. He became a member of the Freemasons and Shriners after joining the Blue Lodge in Butte, MT he remained an active member of the Shriners and the Masonic Temple Lodge in Bremerton.

His beautiful Hildegard passed a year before Leo and was always in his thoughts. Dirk died in 1996. His brother Albert died in 2021. Leonard is survived by his children Lenny (Karri) and Heidi (Bob), grandchildren Evan (Sierra), Hunter (Quincy), Ellie, and in Germany, brothers; Arthur (Louisa), Franz (Sieglinda) and numerous nieces and nephews and their children.

Leo's final wish was to remain in his house until the end, and that wish was fulfilled due to the efforts of his children and close friends.

A private memorial will be held with immediate family.