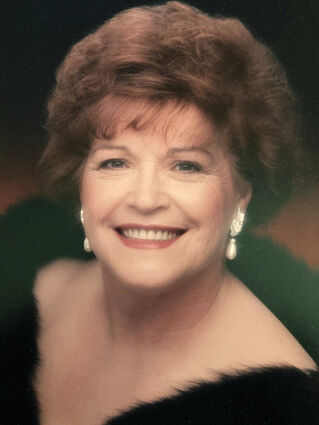 Jean Davison-Pottratz passed away at 9:00 a.m. at home on Monday, August 15th, 2022. She was born in Troy Kansas on November 22nd, 1933. She was 88 years old. She graduated from Fairfax High in Fairfax Missouri. Jean married George Eugene Davison in 1953, and was married to him for 35 years until his death in 1988. She married James Pottratz in 1993, at which time she moved to Grants Pass, Oregon. After Jim's death in 2001 she moved to Shelton, Washington in 2012, where she lived with her daughter until her death. A service will be held on September 9th, 2022 at 11:00 a.m. at Saint Edwards Catholic Church at 601 West C Street, Shelton, WA.

Jean worked as an undergarment designer in her 30's. She worked for Southern California Edison until the late 1980's.

There was not a soul who did not love her smile and friendliness. She always made others feel welcome and could talk up a storm. She was active at the Senior Center in Shelton where she played bingo and pinochle with all her friends. Jean loved doing puzzles. She was a wonderful cook. There was a family camping trip, where other campsites were eating hot dogs, hamburgers, and BBQ chicken. Jean made Cornish Game Hens with all the trimmings. If you were there you would hope to be at her campsite.