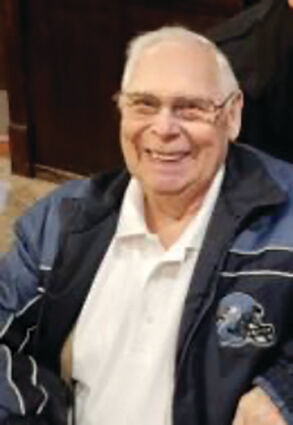 George Ronald Shonkwiler, 86, of Shelton, WA, passed away at home, on July 25, 2022, from complications of COPD. He was born on November 10, 1935, to George and Hattie Shonkwiler, in Elma, WA. Graduated from Irene S. Reed High school in 1954, where he played the sousaphone in the high school marching band. After commencement, he rushed to his first day of work, at the Simpson Mill, where he retired from in 1998. A few of his hobbies were watching sports (Mariners and Seahawks), golfing, bowling, spending time with friends, telling jokes and traveling with his wife Carole.

He was preceded in death by his parents, George and Hattie Shonkwiler, wife Carole Shonkwiler, his sister Karla Howry, his brother Ray Phillips.

Dad passed away softly, with the sun shining on his face, through an opening in the curtains. He will be truly missed by all who knew him.