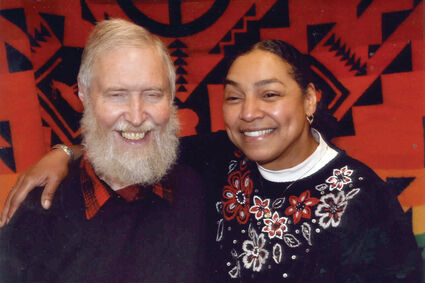 On August 5, 2022, David passed from Alzheimer's disease after a life well-lived.

David was born in Onalaska, WA, on September 12, 1936, the second of 12 children. The family moved frequently for employment relocating to South Bend, Fife, and Spanaway, WA, then to Chowchilla, CA, and finally landed in Orting, WA.

He excelled in school and was Valedictorian at the Dairyland Grade School in Chowchilla, CA and Salutatorian at Orting High School in Orting, WA. He left home at 16 years of age, working at Van Zanten's farm milking cows during his high school years. He then joined the US Marine Corps in 1955 where he received a meritorious promotion for his abilities in completing electronics school in the upper third of the class. He married Shirley Lundberg in 1956 and had 3 children.

He worked as a Ramp Serviceman for United Airlines at Sea-Tac, continued his career as Electronics Technician in missiles and radar at Mt. Rainier Ordnance Depot; then on to the Federal Administration in radar; and moved on to the General Services Administration as a Buildings Manager in Auburn, Spokane and Portland, OR. He took some time off in the early 1970s, traveled the Mexico Baja and through the southern US, bought a tavern (The Brick) in the north end of Tacoma, WA, married Roslynne Washington. He then returned to the FAA and switched to Real Estate and Logistics working in Seattle and Washington, DC.

An unfortunate exposure to arsenic in his yard in the north end of Tacoma interrupted his career in the early 1980's. He recovered to return to the FAA working in management and various programs in Anchorage, AK; Seattle, WA; and Washington, DC. He retired in 1995 and relocated to the Skokomish Indian Reservation with his wife, Roslynne. They purchased many acres, and he spent his last years working on the land and enjoying the view of the beautiful Hood Canal.