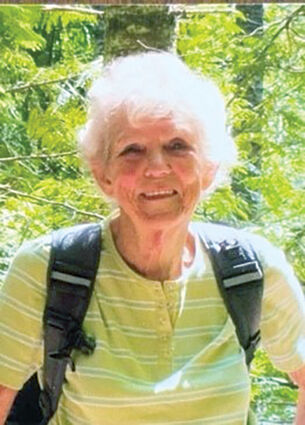 Barby was born in Olympia, WA on May 22, 1935 to Robert and Claudia Bailey. She moved to Shelton as a young child and spent most of her life there. She graduated from Shelton High School. She went to Minnesota to attend Augsburg College but had to quickly return home to attend to family obligations.

Barby worked as a dental assistant before finding her career as a lab technician for ITT Rainier.

She married Vagn Sorensen in 1959 and together they had two children, Kris & Erik. Vagn passed away in 1993. In 1997, she met and married Jerry Pyle. They shared over 10 very happy years together until Jerry's passing in 2007.

She was a lifelong member of Faith Lutheran Church. She had a servant's spirit and was most happy when serving others. She made sandwiches for the homeless, took communion to those who could not make it to church, visited people in various nursing homes and spent over 10 years as a volunteer for hospice. Barby loved to stay in shape, and she hiked with her beloved church group well into her 80s.

Memorial donations may be made to Faith Lutheran Church.