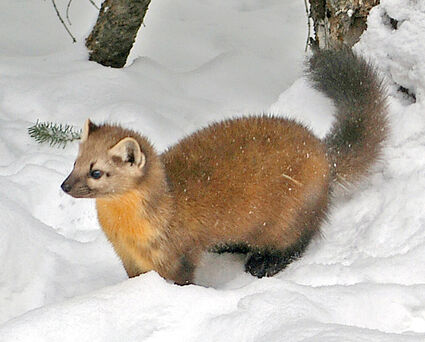 A Pacific marten was recorded by motion-triggered wildlife cameras, marking the first time it has been recorded by a camera survey in Olympic National Forest.

According to a news release, Woodland Park Zoo joined with Olympic National Forest to install six motion-triggered cameras and scent dispenser stations in the forest to try and detect martens, a rare native carnivore thought to be living there in sparse numbers.

In July, the survey team returned to the station with multiple photos of a single Pacific mart...