It is with great sadness and privilege that we share the passing of Janet (Jan) Evon Johnson, our dear friend and colleague. Jan slipped away quietly on the morning of June 14, 2022, in Gig Harbor, Washington. Her friends were at her side.

Born on April 18, 1947 in Coeur d'Alene, Idaho, Jan was the oldest daughter of Donald and Patsy (Lang) Johnson. The family moved to East Hoquiam in the early 1950's. Jan attended Grays Harbor schools, graduating from Hoquiam High School in 1965, followed by two years at Grays Harbor Community College, and graduating with an Associate in Arts in 1967. For the next two years, Jan attended Central Washington State College in Ellensburg, where she earned recognition as a distinguished athlete and scholar, and a Bachelor of Arts degree in English in 1969. In later years, Jan completed her Masters of Education at the University of Puget Sound, Tacoma.

Her love of literature and love for teaching led Jan to dedicate her lifelong career to education, initially teaching English at West High School in Bremerton, Washington.

By 1970, Jan had joined the teaching staff at the North Mason School District in Belfair, where she would serve the myriad of students she taught or coached for the remainder of her career until June 2015. During the school year, her whole life revolved around her students. As a teacher and administrator, she celebrated 45 "first days of school" and never missed a one, nor sighed at the challenges but instead always focused on the positive and memorable moments that she knew would happen each year. And they always did!

Jan also coached volleyball, tennis, basketball and track at North Mason High School and Hawkins Middle School. She was deservedly proud to have been instrumental in bringing Girls Sports to the school district with the advent of Title IX in 1972.

In 1990, Jan was hired to serve as Principal for Hawkins Middle School where she continued to impact the lives of countless students. Finally, in June 1999, after 29 years with the district, she turned in her keys and retired. But it wasn't long before she realized that she would miss interacting with kids every day and that she still wanted to contribute.

In the fall of 1999, Jan was hired as Principal for the Mission Creek Youth Camp in Belfair, where she served continuously until 2002, when the camp was closed. Still feeling committed to students and families, Jan joined the North Mason School District's HomeLink Program where she served until 2015.

Jan was inducted into the North Mason High School Wall of Honor in 2022 as a distinguished teacher, coach and administrator.

There was never a question as to how much Jan loved the beach and the water. She spent several years living on the shores of Hood Canal, always in shorts and flip flops in quest of the perfect tan. During retirement, she combined her love of the water and travel by vacationing at many other beaches including Cabo San Lucas, Cape Cod, Hawaii, California and Naples, Florida. Her love of the beach, however, was second to her love of country music. Jan traveled to Nashville to experience country music at her core. If you were to come to Jan's house on any given day you could expect to find her on the beach listening to one of her favorite country songs on the radio and surrounded by friends, who were welcome anytime. 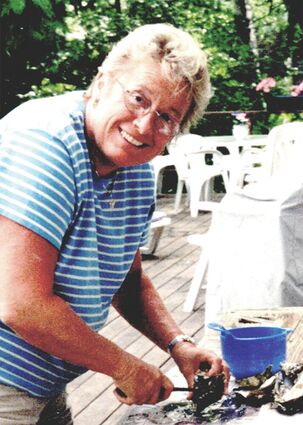 Besides cooking for and entertaining her friends, Jan also enjoyed walking, traveling with friends and of course, her many cats.

Janet was preceded in death by her parents Donald and Patsy Johnson and her brother Jeff. Her younger sister Nancy passed away in July 2022.

Her friends will remember Jan as a kind, generous and compassionate person who loved life, her friends, the beach, the sun and her cats. Her sense of humor, loving spirit and courage comprised the glue that held all of us who had the privilege of knowing her together. Friends for Life and Eternity.

A celebration of life will be held at a later date. Donations in memory of Jan can be made to the North Mason Scholarship Foundation, PO Box 1433, Belfair, WA 98528.

We will miss you.