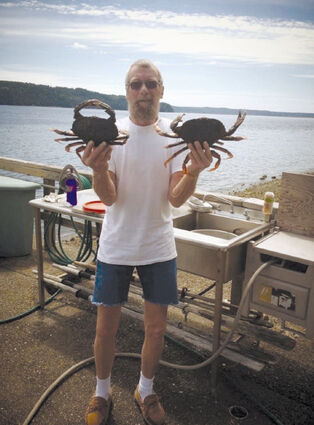 It is with great sadness that we announce and mourn the passing of Daniel “Dan” Coxon on July 22, 2022 at the age of 73. Dan is survived by his wife, Debbie, and daughter, Angie.

Dan was born on 7/11/49 in West Seattle. He lived his entire life in Western Washington as close to the water as he could.

Dan met the love of his life, Debbie, and married her in 1978. They welcomed the light of their life, their daughter, Angie, in 1981. The three of them spent as much time together as they could making memories with family, and friends. Many of those memories were made while traveling and fishing.

He lived his life to the fullest from traveling Europe to spending as much time on the water and with his family as he could. Anyone Dan met became a best friend for life. He wasn’t shy to end his conversation with “I love you, man.” The feelings were mutual because Dan was easy going, caring, patient, and always there to lend a hand or tool.

Dan was an extremely hard worker, who could fix and build anything. He retired as a Union Carpenter. During his many years as a heavy construction worker, his hands helped build essential infrastructures, such as the Seattle Aquarium, Mud Mountain Dam, and Shilshole Bay Marina.

Besides forever being remembered as a phenomenal friend, loving family man, awesome coworker, avid fisherman, Dan will be fondly remembered in his favorite unofficial job and uniform: Captain Dan in his cutoff jean shorts and knee-high white socks.

Immediate family will have a private spreading of his ashes. At this time, no celebration of life is immediately planned. In the meantime, Dan would want you to get out on the water (consider wearing cutoff jean shorts and knee-high white socks), and he will be right there with you.