She was born to Walter and Lena Allen. Growing up her nickname was the "Little Girl of Skookum Bay". She graduated from Saghalie Irene S. Reed High School in 1946. Lucille then married Carl R. Dodge on August 6, 1946. She was widowed with five children Charles, Carl, Dick, Linda, and Margaret in 1958. She married in 1959 and ended by divorce and having two more children Vicky and Larry. In 1965 Lucille married Lee F. Chapman in December, 28th 1959 and he adopted the two younger children. They celebrated 55 years of marriage. She was again widowed when Lee passed away in 2021.

Lucille was active throughout her life belonging to St. Edwards Catholic Church, C.F.W. # 1694, and the Mason County Historical Society. She loved to travel in their motor home, cruises with family, and ride the train. Her hobbies were making crafts for fundraisers and family and friends. She especially enjoyed crochet, beads, and much more. 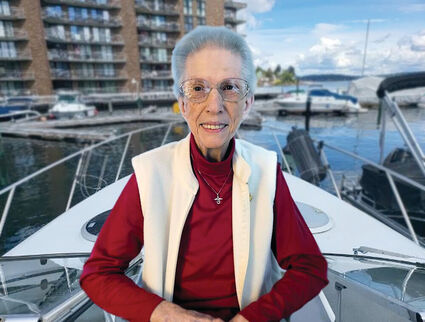