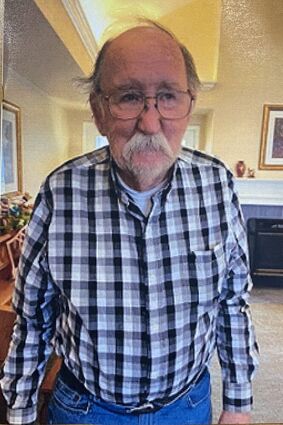 Jack Glenn Pettyjohn passed away peacefully surrounded by family at Brookdale West Olympia on June 26, 2022, after battling Alzheimer's for several years. He was 87. Though he was only at Brookdale a short time, he quickly captured the hearts of many there. He was known throughout his life for his kind and gentle manner, dry (and unexpected) sense of humor, and most importantly his devotion to family. Jack enjoyed many outdoor activities, including road trips by car and motorcycle, and taking his classic cars to local car shows. But his favorite pastime was simply sitting on the porch enjoying the fresh air.

Jack was born in Seattle on March 26, 1935, and attend¬ed school in Shelton, graduating from Irene S. Reed in 1953. He served in the Army from May of 1953 to May of 1956, and was stationed in Alaska where he began train¬ing to become an Engineer. He furthered his education at Olympic College, and became a Draftsman with the De¬partment of Transportation until 1972 when he bought his first logging truck and moved the family to Shelton. Due to injuries sustained in a car accident in 1989, he became realtor with several companies before he and a business partner started a Century 21 office in Hoodsport, WA, in 1995. Soon after, they branched out and created Landmark Realty. He last worked for Johnston Realty, also in Hood-sport.

He was active with the National, Washington State and Mason County Association of REALTORS®, Shelton-Ma¬son County Chamber of Commerce, Kiwanis, Rotary, and enjoyed volunteering his time with OysterFest, Hoodsport 4th of July, and many other events. He always looked for the good in everyone, and was willing to extend a helping hand... often without being asked.