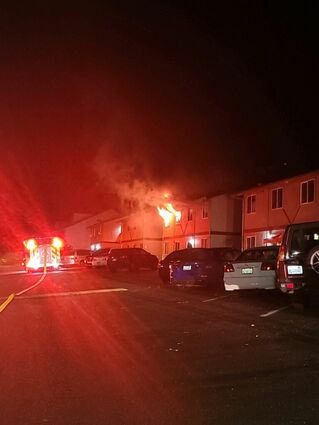 Central Mason Fire & EMS was dispatched to a structure fire at the Fairmont Cove Apartments in the early morning on Monday.

According to a Central Mason Fire news release, the Shelton Police Department arrived prior to CMFE and the police assisted in getting people out of the building. The fire was in a second story apartment and an interior fire attack was instituted, which led to a quick knockdown of the fire. There was one report of a possible burn injury and the patient was treated and released at the scene. Units remained on scene for several hours to monitor and confirm the fire...