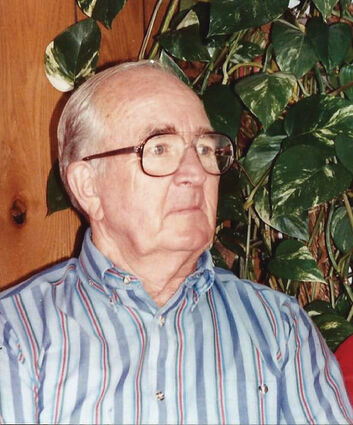 Fred Morris passed away at the age of 96 on April 8, 2022, in Kennewick, WA. He was long-time resident of the Lilliwaup and Hoodsport areas.

Fred was born in Scottsbluff, NE to Val and Nora Morris on June 10, 1925. He served in the Army during the Korean War, spent a large part of his life in Western Washington and Oregon where he raised family, worked in large electrical equipment sales and retired to Hood Canal in the early 1980's.

Fred is predeceased by his first wife, Eileen, and his second wife of 39 years, Jeanette, who passed in 2017. Mr. Morris is survived by two children, four step-children, and a myriad of grandchildren and great-grandchildren.