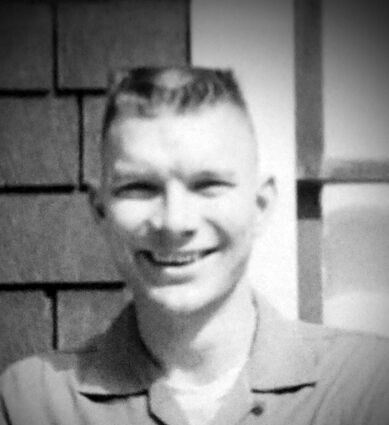 Donn Edward Nelson, 88 of Grapeview Washington Born January 8th, 1934, in Lewis County Washington passed away in Shelton Washington on May 28th, 2022, of complications from congestive heart failure. A loving husband and father he leaves behind his wife Georgina, three children Jean-Marie, Corey, and Aaron. Along with five cherished grandchildren plus one great-grandchild.

Donn spent his early life in the township of Ethel Washington where his mother and father Donn William Nelson and Gladys Emily (Linderman) operated a local mercantile store. The patriarch Donn William Nelson family lived in Ethel Washington for almost ten years before moving to Manchester Washington following the start of WWII. This is where Donn Edward Nelson and the rest of his siblings spent their formative years.

At an early age Donn demonstrated a talent for music, which would become a passion that defined his life and a treasured gift that he would use to enrich the lives of everyone he met. As a young man Donn graduated from South Kitsap High School lettering in sports and playing in the band. Following high school Donn joined the United States Navy Reserves serving his country for 28 years before retiring as a Fire Control Senior Chief Petty Officer.

While serving as a USN reservist Donn pursued his college education attending Olympic Community College in Bremerton Washington where he earned his Associates of Arts degree. He then attended Central Washington University to complete his bachelor's in music education followed by his Master's in Education.

As an educator Donn shaped the minds of students in schools throughout Washington State both as a substitute and part time educator before attaining a permanent position in 1962 at North Mason High School in Belfair Washington. He would come to recall this opportunity as the happiest time in his life for he was able to share his passion for music with so many students. It was also during this time that Donn met a young physical education and gymnastics teacher named Georgina Johnson who would soon become his beloved wife of 58 years.

Donn served the school district as a music teacher/band instructor eventually becoming the Music Director for North Mason School District from 1962, until resigning in 1973 out of necessity to support his growing family. Wherein, he took a position at Puget Sound Naval Shipyard as a Marine Machinery Electrician until his full retirement in 1997.

Donn leaves behind a legacy of love in music and for life to each and every one of his children, family, and students. Ever faithful to a fault and always ready to share a happy story, Donn leaves this world with a little more music and a bit more love than he found in it. He will be remembered as a dutiful son, brother, husband, father, teacher, patriot, and friend to all who came into his life.

A public memorial to celebrate the life of Donn Edward Nelson will be held at the Clubhouse in Lakeland Village 200 East Old Ranch Rd. in Allyn, WA 98524, on June 18th 2022, starting at 11:00 a.m. open to all whom would like to share a story or pay their respects.