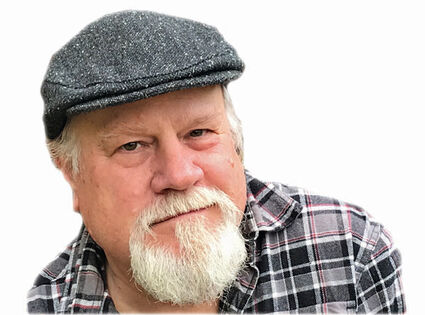 Mark and I had sent a TrashMash e-newsletter on the morning of May 6, imagining a busy weekend full of projects and-well-living fully. I drive away for my usual Friday tasks. Mark calls me. "Come home. I'm having a heart attack." Surreal. Fastest drive home ever. EMT crew arrives and hurries him away to Mason General. It turns out to be the last time I see Mark alive. Walter and Anne Woytowich, his parents, preceeded him in death. He is survived by siblings Bill Woytowich, Richard Woytowich, Jude Spriggens, Margaret German and Eric Woytowich; nieces Renee, Roxanne, Robin, Heather, Candace, Ellen, Susan, Matthew, Anna, Jeany Fay and nephew Brandon. Mark is also survived by his wife, creative partner and best friend, Linda. Mark's sharing adventures in the wild with her children, Mia, Jason and Russell, included numerous camping trips and mushroom forays. He was a beloved grandfather to Arthur, Elliott, Bela, Emma and Maya. As their parents cringed at his puns, children broke out in gut-busting laughter. Oh, the cats, Smoke and Lena, miss nap cuddles on him. Remembered for big laugh, bad puns, listening deeply, courageously speaking to "elephants in the room", making sauerkraut and sausages, and his storytelling through writing and video.

Born in Youngstown, Ohio fourth child to Walter and Anne Woytowich. Growing up in Ohio, then lived in Guam with his brother Bill during high school. Alaska, Pennsylvania, New York City, St. Louis, MO and finally to Washington State: each place with Mark living a lifetime of adventures.

A lifelong writer, he landed his first paid gig at age 14. Later, he was editor of the Penn State college newspaper. He then transitioned to NYU. Then, hired by nursing trade journal, he moved to St. Louis. He broke into advertising at a national ad agency. He started his own ad agency, then, after a visit to the Pacific Northwest, he quit and moved there in the early 90s. While Mark was a caregiver to Grace McGrady of Lilliwaup he wrote two novels (unpublished).

We met in 1998. Two creative forces blending Mark's words and my graphics, we formed Woytowich Design, an ad agency in Olympia. In 2001, we moved to Lilliwaup to be near wild nature. During the last 25 + years, Mark's writing and video projects partnered him with community and business leaders, environmental, nonprofits, school and fire district elections, small businesses and local characters, telling stories that made a difference.

His eclectic reach found and made sense of tough tales, going where few dare. Mark's compassionate big heart shone a golden light while telling stories, inspiring action with a smile.

Some of his earlier video projects included Monsters Invade Mason County, John Tornow: No Justice, No Trial; Small Town HUGE HEART; Big Apple Pickleball, Birth on Bainbridge Island, plus many video profiles of community leaders and causes (see olympicvideonews, Mark's channel on YouTube) Recently he penned Where Waterfalls and Wild Things Are: Exploring Waterfalls, Swimming Holes and Wild Scenic Places in the Southeastern Olympics, founded the TrashMash! Litter Posse, and served as an outdoor columnist for the Shelton-Mason County Journal, and the Sunset Times (senior news along the coast).

In Mark's early years, his mind was opened up beyond "normal" realities. Reconciling what he sensed with the life he witnessed - remember, this was the era of Vietnam protests and Kent State and questioning values - shattered him at times. Depressed, he struggled with dark mental places. Mark's powerful creative spirit prevailed. Perhaps making him more open-minded and less judgemental. Using his imagination to build connection and wonder, unafraid of solutions often defying limiting boundaries. In recent years, Mark started sharing his difficult tales as a service or help. "It never goes away, but you can still live and even live well."

Mark's greatest love, besides our cats, was discovering and sharing wild natural places and caring for them. Witnessing, in some cases, "legal crimes." Scorched earth where a forest once stood. Riparian zone over-harvested, with downed trees now clogging a creek. Using his words. Inspiring. Caring.

Tend the Wild, respecting the greater-than-human life all around us.

With kindness, call out public and private sectors - they are us - to better practices.

Discover ever-evolving ways to be in the Wild.