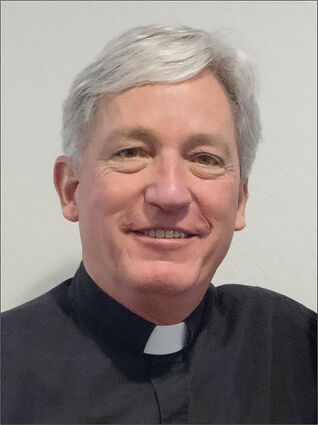 Steve was an avid fly fisherman, ceramic potter, and chef. Steeped in the magic and wonder of nature, Steve enjoyed the creek, woods, and wildlife. He had an easy smile, a deeply thoughtful mind, a fascination with geography, and was a natural at Trivial Pursuit. Steve started a career in business after he earned his bachelor's degree. In 1991, he shifted his focus to people rather than products, and never looked back. He was a caregiver at Mid-Nebraska Individual Services in Hastings, NE, administrative assistant at HALA in Aberdeen, WA, Outstation Manager at the Division of Developmental Disabilities in Aberdeen, and Chaplain Supervisor at Stafford Creek Correctional Center. Steve served as a family therapist with connections in Montesano for many years. Of all the meaningful work Steve has achieved, his perfect fit was his work as our priest, supporter, and friend. His focus lay where his heart resided, with this community of faith and the lives he touched, particularly the homeless. Steve was ordained into the priesthood on September 29, 1999, on the celebration of St. Michael and All Angels, and he now enters the realm of the angels as he joins the stars.

Steve is preceded in death by his father, Paul Brill, his brother, Tobyn Brill, and his uncle, Walter Brill. Those left to cherish Steve's memory include his wife, Beth Day Waters, children, Ashley and Spencer Brill, his stepson, Paul Murphy, grandchildren, Johanna Johnson-Murphy and Paxton Grabe, Steve's mother, Geraldine Brill, sisters, Paulette Schroeder and Tonya Fischer and their families, aunts, cousins, nieces, and nephews, along with friends who were like family to him. Although Gerry, Paulette, Tonya, Paul, and Jo live out-of-state, they were able to say goodbye to Steve and to support Beth. They are deeply loved and appreciated.

The celebration of Steve's life will be held at St. David of Wales Episcopal Church, 324 W. Cedar Street in Shelton, WA on Saturday, July 23rd at 1:00 p.m., followed by a reception at Colonial House, 222 W. Pine Street in Shelton.

It would mean a lot to Steve that donations will be made to St. David of Wales Episcopal Church, Box 339, Shelton, WA, 98584.