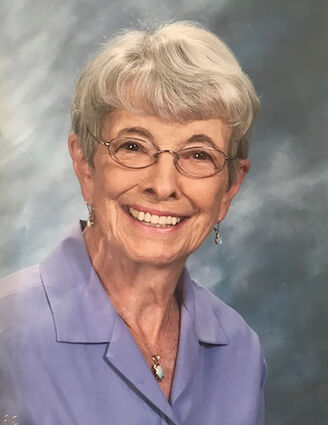 D. Jean Lee passed away on May 13, 2002 at the age of 96. Hers was a life well lived. Born in Quilcene, Washington in 1925, she was the youngest of four children. Her family weathered the Great Depression by subsistence living and through cooperative community efforts. After graduating from Quilcene High School she worked at First National Bank in Port Townsend, where she met Stanley Parker. They were married in 1944, and moved to Shelton in 1946 when Stan went to work in his cousin's men's clothing store. During this time two daughters, Jan and Lindy, were born to them. In 1951, Stan and Jean purchased the business, added a woman's clothing line, and named the store Parker's Mr. and Mrs. Shop. Jean worked alongside Stan in sales, and did clothing alterations on an old treadle sewing machine in the back of the store. The couple was active in the community through the Jaycees and the Jayettes.

Jean married Torger Lee in 1967. Following their retirement in 1984, they enjoyed traveling all over the world, including a trip to what was then the Soviet Union. Following Torger's death in 1994, Jean continued to enjoy traveling and took her daughters and her grandchildren on cruises and trips abroad. She also became a volunteer at the Mason General Hospital thrift store, "Treasures," becoming one of three volunteers who were known as the "Linen Ladies." In 2005, she became a volunteer ombudsman for Mason County long-term care facilities. She told her family that if she ever had to live in one of the facilities she would like it to be Alpine Way. She moved to Alpine Way Continuing Care Community in 2012, where she was loved and well cared for.

Jean was active in the Faith Lutheran Church from the time she moved to Shelton until shortly after moving to Alpine Way. She had a beautiful singing voice and sang in the church choir for many years. She served on several church committees, including a "call committee" that interviewed and selected a new pastor. Jean was generous, kind, resourceful and dedicated to accomplishing what she set out to do. She enjoyed entertaining friends and family, and especially loved spending time with her grandchildren Todd and Mya. She was an excellent seamstress and made beautiful clothing for herself and her family, from baby clothes to prom dresses, costumes, and even a tent. Sitting around doing nothing was not her style, even during her years at Alpine Way.

Jean was the matriarch of her extended family, or, as one of her great-grandsons put it, "the Great Mother." Her love, grace, faith, generosity, and kindness are her legacy to her family. She is survived by daughters Jan and Lindy, grandson Todd and his wife Sarah, granddaughter Mya and her husband Tim, great-grandchildren Oskar, Mateo, Archie, and Luella, stepson Bob, and stepdaughter Michelle. A graveside service will be held in Quilcene at a later date. Memorial donations can be made to the Mason General Hospital Foundation or Lutheran World Relief.