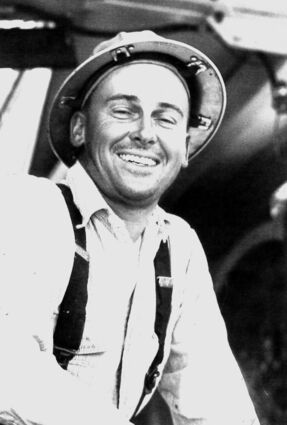 Robert "Bob" Stevens, 96, passed away peacefully at his home on Oakland Bay on April 24, 2022 with family by his side. Bob was born at home May 21, 1925 to Martin and Linda (Charlson) Stevens on Oakland Bay. He graduated from Irene S. Reed High School in 1943. He enlisted in the U.S. Army Air Force. After the war ended, he returned to Shelton to work for ITT Rayonier. During this time he met his future wife Norene. They were married June 4, 1948. In 1949 they bought their home on Mt. View and Bob went to work for Simpson Timber Company. He and Norene had two daughters. He retired in 1985 and soon after, moved back to Oakland Bay. He continued his favorite hobbies, fishing, hunting and gardening.

He was preceded in death by his brother Ray Stevens and sister, Darlene Anderson.

Bob's family will be holding a graveside memorial service at Shelton Memorial Park on June 24th. In lieu of flowers, donations can be made to Providence Hospice or a charity of your choice.