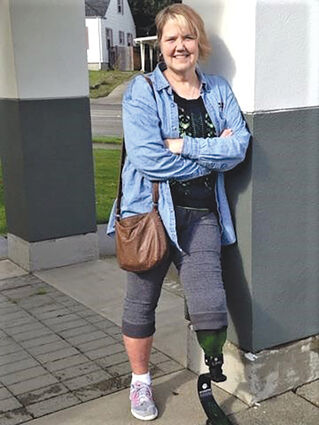 Karina "Kari" Lee Wilcox passed away Friday February 11, 2022, at Virginia Mason Hospital in Seattle, WA with her family by her side. Kari was born in Aberdeen WA to Linda Gay Betts (Rhoden) and Clayton Keith Wilcox on December 21, 1968. She grew up in Shelton, WA where she attended school and graduated in 1987.

Growing up, Kari played little league softball, loved choir, and in high school was a Forest Festival princess. After high school she attended SPSCC and eventually went on to work for Foster and Williams Architects in Shelton, where she worked for 20+ years as an architectural drafter. She eventually started her own business, Baseline Drafting & Design. Kari married Tom Trevorrow in March of 1990 and had a daughter Alixandra Trevorrow in 1991. Kari and Tom later divorced but remained friends. Kari lived for her daughter and grandchildren. She loved being outdoors and crafting with her granddaughter and mother on her Cricut. Kari spent most of her life with Diabetes and overcame many health challenges. Kari had two kidney transplants, one of which she received from her brother Tom and a left lower leg amputation, but she always persevered. All who knew her admired her to the fullest.

In lieu of flowers donations can be made to The American Diabetes Association in Kari's name.