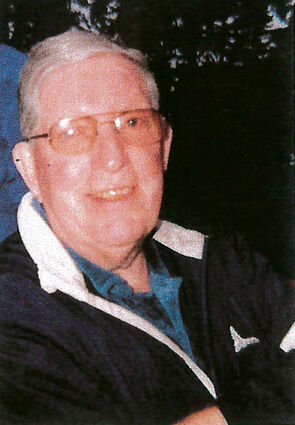 James D. Thomas passed away on Thursday, April 28, 2022, at his home on Harstine Island. He was born in Ryderwood, Washington on June 8, 1933. He grew up in Longview, Washington and graduated from R. A. Long High School in 1952 where he played football and was on the 1950 championship team. He then joined the Marine Corps and was stationed in Japan. Upon returning home, he enrolled in college where he met and married the love of his life, Carol. He graduated from the University of Washington with a degree in business.

They had three children, Tamara (Tom), Jeffrey (Evelyn) and Kari (Jeff) and six grandchildren, Joel, Alyssa and Mary Thomas and Clark, Gavin and Clair Hill. He relished and celebrated the accomplishments of his children and grandchildren. The family lived in Edmonds, Washington for 35 years. Jim worked for Master Builders Company, a construction, chemical and materials company for over 30 years. He retired as their Northwest Regional Manager traveling construction sites from Alaska, Montana, Idaho, Oregon, Washington and Hawaii.

He loved his retirement years. He and Carol were able to spend much of his retirement traveling, taking cruises and spending two months of each year in Puerto Vallarta, Mexico. Upon moving to Port Ludlow, he developed his culinary skills by putting on dinners for over 100 people at a time for the social group there. Jim enjoyed fishing and cruising the Sound and the San Juan Islands. He was an avid bridge player and belonged to many bridge groups over the years. In 2006 he and Carol decided to build on their vacation property on Harstine Island where they spent many hours working in the woods and clearing brush with his pride and joy, his John Deere tractor and back-hoe. He was proud of the oysters he grew on the beach. He loved living on Harstine Island and rejected any notion of moving to assisted living.

He was a good man. He loved his family. He lived a long and full life. He will be missed.