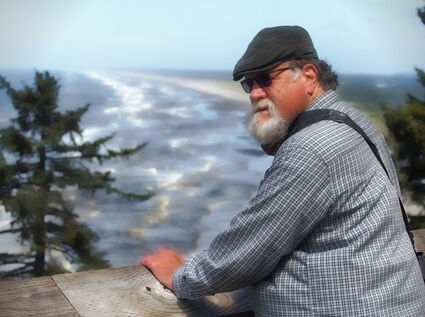 Woytowich wrote the Journal's popular column "On The Trail" - which became "On The Go" in January - beginning in 2015, providing colorful tales of hiking and adventure around the county and Olympic Peninsula. He wrote a book titled "Where The Waterfalls And Wild Things Are" that was published in 2019, detailing many locations throughout Mason, Jefferson and Grays Harbor counties that he'd come across during 25 years of exploration around the Olympics.

Born May 23, 1956, Woytowich grew up in Ohio and lived in several areas of the country before setting in Western Washington, where he spent the final three decades of his life. In addition to his writing and photographic pursuits, Woytowich co-owned Woytowich Design with his wife, Linda, working out of their Potlatch home.