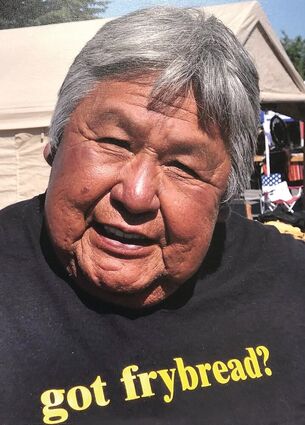 Jacob Edward Smith, 79 years of age and a resident of Shelton, Washington, passed away at Mason General Hospital on April 12, 2022, of heart failure.

Jake was born on May 20, 1942 at Skokomish, Washington. He was a lifelong resident of Mason County, graduating from Irene S. Reed High School in 1960, where he was a letter winner on the high school football team.

Jake was a member of the Skokomish Indian Tribe and was proud of his tribal heritage. He grew up on the Skokomish Reservation until adulthood primarily raised by his grandmother Louisa Pulsifer. He spent much of his youth enjoying hunting and fishing pursuits along the Skokomish River and Hood Canal. He continued and expanded his love of hunting and fishing throughout his life. He became expert at hunting, camping, fly fishing, shrimping, processing and preserving the game he killed and the fish and shellfish he caught. He was in every sense a 'Northwest Outdoorsman', never happier than when he was in the mountains or on the water.

Following high school, Jake held many positions in a wide variety of occupations. He worked for the U.S. Forest Service in Hoodsport, Washington for many years. While with the Forest Service, he served, during the summer season, as a crew chief for Simpson Timber Company at the Insulting Board Plant in Shelton. Later he was the first General Manager of the Skokomish Fish Processing Plant for Skokomish Indian Tribal Enterprises (SITE). Later in his life Jake was employed by Ostrom's Mushroom Farms and by Port Blakely Tree Farms. Throughout his work life, Jake also was the owner/operator of a commercial salmon fishing vessel which he fished during the tribal fishing seasons on Hood Canal.

Jake was a loving father, a supportive husband, the best grandfather, brother, and uncle imaginable; a cultural ambassador and perhaps the greatest smoker of salmon in all creation. He possessed a quick wit, a ready smile and a gift for making those around him happy and feeling better about life. Significantly, throughout Jake's life and careers, he was a valued and dear friend to those who came to know him. His generosity of spirit, finely tuned sense of humor and genuine kindness will be forever remembered and cherished.

After retirement, Jake and his wife and companion Robin enjoyed attending tribal canoe journey gatherings, events, feasts and potlatches. Together they both took great pleasure in attending Elder's Luncheons at most of the tribes in Western Washington. Jake was especially pleased to have been named an Elder Witness at the outset of a recent Squaxin Island Tribal canoe journey.

Jake is survived by wife Robin, of Shelton, Washington; his former wife Phyllis Bogar and his daughter Terri Farrier and her husband Ed, all of Onalaska, Washington; his son Ted, Ted's wife Karen, and his daughter Toni Smith, all of Shelton. Jake is also survived by his sister Josephine Rabuck of Olympia and sisters Geneva Underwood and Verdi McCloud of Taholah, Washington; his brothers Albert M. Smith, Daniel E. Cush, and William L. Smith all of Shelton; Lloyd A. Smith of LaPush, Washington and Albert G. Smith of Taholah. He is also survived by step-son Garner Greenwood and step-daughter Candace McDoniel, both of Shelton, and numerous nieces, nephews, grandchildren and great-grandchildren. He was preceded in death by his beloved grandmother Louisa Pulsifer, his mother Zetha E. Cush, his step-father Daniel E. Cush, Sr., his father Albert G. Smith, Sr. and step-mother Hazel Smith, his brother David A. Smith and sister Lori Smith as well as grandson Ostynn R. Farrier.

During the last months of Jake's life, it is important to acknowledge the help, love and assistance that Candace and Mark McDoniel provided Jake and Robin during those challenging days.

A Celebration of Jake's Life is planned for high noon May 20th, 2022 at Skookum Hall, 3480 SE Lynch Road, Shelton, Washington. Refreshments will be provided.