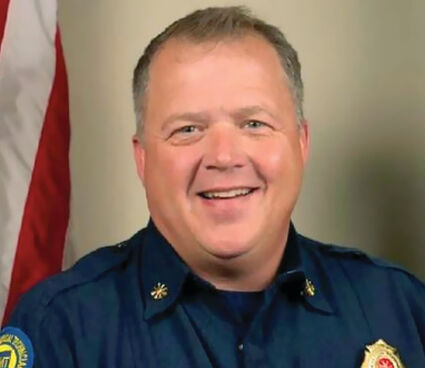 Dean Allan Crosswhite, of Ferndale, WA, passed away peacefully on April 6, 2022, in Chula Vista, CA at the age of 52. Dean was born on February 3, 1970, in Bremerton, WA and grew up in the Belfair area. Dean's passing is the result of a hard battle with Renal Cell Carcinoma, and is considered a "line of duty death". Dean was the Assistant Fire Chief of Whatcom County Fire District 7 at the time of his passing.

Dean was a 28 year veteran of the fire service. He began his firefighting career as a volunteer firefighter in Belfair and then entered the Fire Academy while attending Washington State University. He went on to work at the South Kitsap Fire District, and ultimately found his home in Whatcom County.

For the last 20 years Dean found great joy in having an integral role in the planning and organization of the annual 9/11 Memorial held at the Peace Arch/Canadian Border. Dean flew in first responders from NYC who were at Ground Zero on that day. This resulted in lifelong friendships that Dean cherished deeply. His family is so proud of his service.

Dean was a dog lover, having rescued a few strays and most recently raising a 150 pound Great Dane named Capone who loved him dearly. Dean was an avid 4-wheeler who loved getting into trouble in his orange jeep. He fished, played in the snow and travelled the world with family and friends, and his infectious smile will be missed by many. Knowing he is healed in Heaven lessens their great loss. Jesus is lucky to have him.

Memorial donations can be made to People's Bank in support of Dean to the "Whatcom Seven Firefighters Benevolence Fund" or to the children's burn camp, Camp Eyabsut, by going to http://www.campeyabsut.org