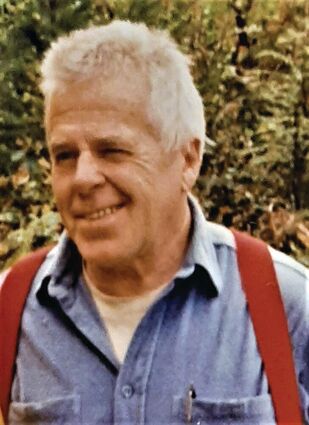 At the age of fourteen, he spent the summer with his uncle in Oregon and took a job where he led a fire fighter team in the Douglas County Fire, then became a logging truck driver. He had an aptitude for math and electricity and joined the USAF during the Korean War as a flight technician. After the war, he worked for McDonnel Douglas Aircraft as a flight engineer with experimental jets, breaking several world records. In 1959, while working as a flight engineer at Cape Canaveral, he met the love of his life, Mary. They married in 1961 and after moving cross-country for work, they retired in Shelton, Washington. Donald authored several published books about his adventures. He enjoyed fishing, horseshoes, cribbage, restoring vintage cars, and traveling to Arizona to watch the Mariners during the Cactus League.

Donald was preceded in death by his parents Louis and Thelma Blanchard, his brother Bob, and his son Kevin. He is survived by his wife Mary, sons Bruce (Janese), Greg (Joy), Tom (Anna), daughter Donna Gerou, eight grandchildren, and five great-grandchildren.

A private family gathering will be held at his home to celebrate his life.