Karen Gilian shines as Carol Cobb in 'The Bubble' 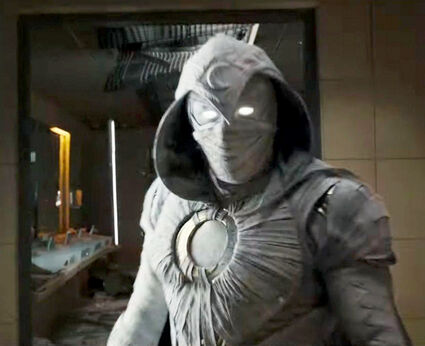 He might have some identity issues to work out, but when the cowl and cape come on, "Moon Knight" is a mystic man of action on Disney+.

I did not attend the premiere of Marvel/Sony's "Morbius," because however long or convoluted my reviews are, I actually don't believe in wasting your time or mine. Check out the other reviews online, and you'll see you're not missing much. "Morbius" is no "Venom."

Instead, I took in a mixed bag of streaming selections, starting with the surreal first episode of "Moon Knight" on Disney+. While the Marvel Cinematic Universe owes its existence to the Wesley Snipes "Blade" films, "Moon Knight" is the MCU's first foray into the horror genre, albeit heav...