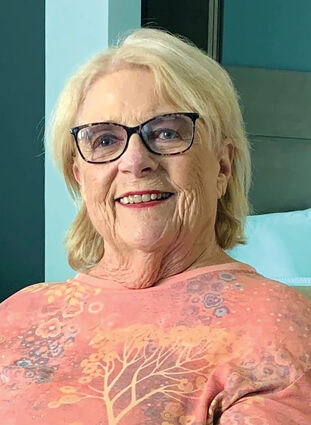 Marge Uhlman, age 84, passed away peacefully on February 2, 2022, with her daughters by her side in her home on Stretch Island in Grapeview, WA.

Margie was a third generation Washingtonian being born and raised in Seattle. Growing up in the Greenlake/Wallingford neighborhood, she was very involved in her church's youth group and loved to sing in the choir. She was the first of her friends to learn to drive and have a car, and was always up for a road trip, which continued throughout her life. After graduating from Lincoln High School in 1955, she went on to work. Her careers varied from retail at Jay Jacobs, receptionist at the Applied Physics Lab at the University of Washington, and at Garvin Ashley and Foster Law Firm, reservationist at Western Airlines, receptionist at Frederick & Nelson, and she then entered the world of the medical field. She loved her time at Swedish Hospital up on Capitol Hill as a unit secretary, and at the front desk in the lobby.

Marge had the warmest smile and loved to meet new people and interact with them and learn their stories. In 1965 Marge had the honor of being a Tip Topper Princess and rode in the Sea-Fair Parade (a highlight for her five year old daughter to brag, her momma was a princess) She married Neil Uhlman in 1966, and for the next 30 years they lived and raised Lori and Lynda in their family home in Newcastle and out on Stretch Island in the family beach cabin which Neil had purchased in 1955. In 1997 Neil and Marge moved out to Stretch Island as permanent residents with the idea of building their dream home. Over the years Marge and Neil had the chance to travel, whether in motor homes or a winter or two in Palm Springs, visiting Lori in Southeast Alaska, jumping on and off trains in Europe, the beaches of Mexico, and a cruise through South East Asia. Sadly, Neil passed away suddenly in 1999. Marge continued to live on Stretch Island while wintering in Arizona for the next 10 years. Known as the life of the party, Margie loved to have friends and family for dinner and always up for a good game of Rummikub or Canasta. One thing that Margie was known for was checking in on her friends and family. She would give them a call just so they knew she was thinking about them. In addition, Mom/Nana was so proud of her kids and grandkids, and loved to share what adventures we were all involved in. She will be missed by all who knew her.

Marge is survived by her sister Nancy Raines, of Sequim, WA, two daughters Lori Norman, of Grapeview, WA and Lynda Uhlman, of Renton, WA, and her grandchildren Linzie, Gavin, Evan, and Bella. She is preceded in death by her husband Neil Uhlman, and her parents Ralph and Helen Nichols.

Her Celebration of Life will be held on May 14, 2022, at Horton Community Center, Grapeview, WA at 12:00 p.m. Please come share your Margie stories.