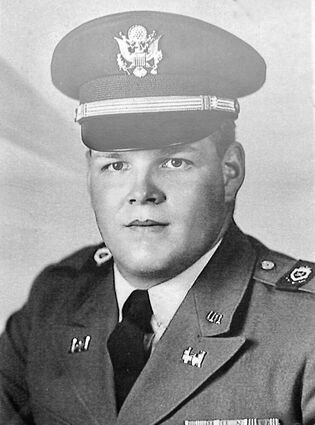 Carl J. Petri, Jr. was a big man with a big heart. He was born in Detroit, Michigan on June 25th, 1946, and passed away at Mason General Hospital in Shelton, Washington on March 1st, 2022.

Carl is held in loving memory by his family, his wife Shari, son David (Katherine) Petri, and grandchildren Alex and Honor Petri, on whom Big Daddy doted. He leaves behind adult grandchildren Dakota Lorentz (Ahwaxtin), Natalie and Daniel Petri. Big D was so proud of the young people they have grown to be. He also held loving regards to their mother, Lasca McClung. Carl also leaves behind dear sister Donna (Keith) Noe from Wayne, Michigan, and her family. Carl was preceded in death by his parent, Carl, Sr. and Gladys Harrawood Petri, brother Dennis Petri, sister Carol Kay Petri, and by son, Joseph Petri.

Carl lived and attended schools in Dearborn, Michigan. He enlisted in U.S. Army at the age of 17 in 1963. During his nine years in the Army, he served 3 1/2 tours in Vietnam. He received a battlefield commission and earned medals and citations for his proficiency and valor, including two bronze stars and two purple hearts. His most prized medal he received for his service to people of the Republic of South Vietnam. After combat assignments, he received education and training in construction engineering, served with the U.S Army Core of Engineers and at that time having attained the rank of Captain.

After his time in the service, Carl began his career in automotive engineering at Ford Motor Company in Dearborn, MI. He was responsible for developing and implementing computer assisted design in experimental vehicles. After 30 years at Ford, he and Shari Petri retired to the Pacific Northwest in 2007, making their home in Shelton, WA to be near son David and his family. Carl experienced extensive world travel in the army and as a Ford Motor company specialist. His travels included locations in North America, Asia, Europe, and Australia. Of all the postings in foreign lands and many U.S. residences, Carl and Shari were never more comfortable and content than when they found such a warm and welcoming home at Shelton Alpine Way continuing care community. Memorial Services and Military Honor Guard Ceremony will be held at Alpine Way at 2:00 p.m. Saturday, March 26th at 900 W. Alpine Way, Shelton, WA 98584. Further inquiries may be directed to Alpine Way concierge from 8:30 a.m. to 5:00 p.m. 360-426-2600.