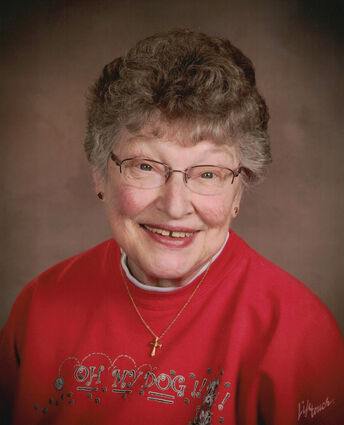 Judith "Judy" Brown passed away peacefully on November 26th, 2021, at the University of Washington Hospital in Seattle, Washington, at the age of 80. Judy was born to Alan and Virginia Slack in February of 1941. She was born and lived in Lewis County all her childhood. She is preceded in death by her sisters Barbara Jean and Dorothy Lee.

Judy was also preceded in death by her husband, Philip Brown. They shared 58 wonderful years together. They are both survived by their four daughters, Sandra Brown, Cheryl Rogerson, Susanne Bareikman and Laura Head (Benny). They also had six grandchildren, Jesse, Kristina, Alicia, Jason, Andrew and Nicole as well as six great grandchildren Addison, Landen, Logan, Aaliyah, Jaylee, and Nolan.

Judy's family moved from Washington to a farm in rural Ohio. After living the farm life for several years they decided they missed the Washington Coast and packed up the four girls and all of their belongings for the trek to Washington State where they would live out their years. Judy's love of the beach and seafood came from her family's campouts at the beach picking clams, oysters, geoducks fishing for crab, shrimp, salmon and halibut. They passed this love of fishing and camping to her daughters who loved the outdoors as well.

Judy had several jobs that eventually ended with her retirement from the Washington State Patrol Academy. The first job she had in Shelton, WA was preparing Chicken and Jo's at the Infamous Bob's Tavern. She eventually went to school and received her nutrition education in Tacoma, WA and was very happy working at the Patrol Academy serving all the young officers in training.

Judy loved sports like playing women's volleyball at the Bordeaux school and bowling. She was an avid Mariners fan.

After her nest was empty, Judy and Philip went on a cross country trip in their RV, seeing places they've always wanted to see and visiting family and friends around the country that they hadn't seen for many years. From Montana to Ohio to Arkansas, and Texas to Arizona and San Diego, it was the trip of a lifetime for them.

After Judy lost her husband, she spent a lot of time at the Senior Center and made many new friends there. She loved playing Pinochle, and Bingo and she enjoyed socializing. She met her best friend Leona there. She and Leona became great friends and they subscribed to the Mason County Concert Association and other groups that offered trips to see performances around the area. She loved going to plays and ballets and one of the great highlights was seeing Kenny G perform. Leona described Judy as being a true friend.

Judy also liked to knit and crochet. She was a fantastic cook and did many Valentine Dinners for the Shelton United Methodist Church as well as summer Bible camp meals. She was always up for keeping the freezer at the church well stocked with cookies.