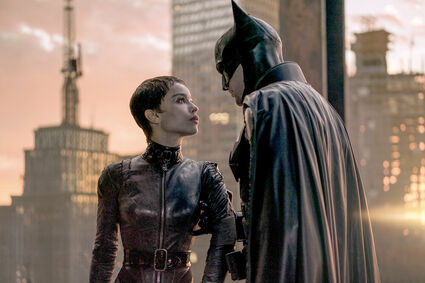 With 2022's "The Batman," writer-director Matt Reeves has achieved something unusual within the broad field of big-screen adaptations of DC Comics' Dark Knight.

In a story that spans Oct. 31 through Nov. 6, we're introduced to Bruce Wayne during his early days of leading a dual life, but it's not an origin story. We don't see his parents getting shot, and both the Batcave and Batman's tools have already been built.

It's two years into Bruce's crusade, and he's questioning how much good he's done for Gotham, since crime has increased since "The Batman" made his debut.